It's been over three years since I've last posted to this blog. Today I am happy to announce, after nearly a year of work, the release of instant.bible, a Bible search engine that delivers results from multiple translations of the Bible instantly, as you type. You can try it out now by heading over to instant.bible, or you can find the app on the Apple App Store as well as on Google Play.

The source code is available on Github at knpwrs/instant.bible.

For my original attempts to write a reverse index I was using Rust's built-in BTreeMap and HashMap data structures. I had also attempted to organize my index keys as a prefix trie in order to support prefix lookups. This wound up using multiple gigabytes of memory, which is far more than I really wanted to use for a search index, especially for a fixed search space of nothing but Bible verses. After looking for solutions I wound up creating maps using Andrew Gallant's excellent FST library. Briefly:

Using FST instead of Rust's built-in data structures reduced ram usage from multiple gigabytes to under 200 megabytes. Using FST additionally enabled me to not only lookup keys by prefix, but also gave me typo tolerance by being able to search for keys within a given Levenshtein distance. I highly recommend reading Andrew Gallant's blog post, Index 1,600,000,000 Keys with Automata and Rust, for more details on how the FST crate works. I can't say enough about how awesome this crate is.

For a long time, I tried to rank verses purely by textual relevance to search queries; however, this did not return quality results. I was searching for specific verses and they weren't ranked how I was expecting them to be ranked. It occurred to me that most people would be searching for verses they had heard before or were otherwise memorable, and I could approximate this by additionally ranking verses by their relative popularity.

Determining the Most Popular Bible Verses

In order to get a rough approximation of how popular any given Bible verse was I decided that I should compile a ranked list of how many times each verse in the Bible is referenced across the Internet. My original idea was going to be to use the Bing Web Search API from Azure to execute a search for each verse in the Bible (Genesis 1:1, Genesis 1:2, etc) and collect the number of estimated results for each search. The idea is that the number of times each verse is referenced across the Internet (i.e., how often people quote that verse) could be used as a rough estimate of how likely people are to be searching for that verse. As of this writing, the API costs $7 per thousand searches — so at ~31,102 verses in the Bible this would come to cost ~$224; however, as I looked into the terms and conditions I saw the following:

Well, it sounds like my exact use case for the API is not allowable. Fair enough. I needed a different way to determine the ranking of Bible verses.

Common Crawl is an organization that crawls the Internet and makes the data available to anyone to use. The data is hosted free of charge for anyone to access on AWS S3 as a part of the AWS Public Dataset Program. Common Crawl provides a monthly digest of web crawl data available in WARC (everything), WAT (metadata), and WET (text) formats. For my purposes, I just needed to count verse references in WET files. I decided to run against the January 2020 Common Crawl, which contains 56,000 gzip-compressed WET files totaling about 10TiB in size. That's a lot of text to scan!

My initial attempt to scan the text was a program written in Rust. Unfortunately, my program was not very efficient and when I started to run it on a compute-optimized DigitalOcean instance (I used an instance with 32 dedicated hyperthreads and 64GB of memory, which as of this writing costs $0.952 per hour) it became apparent to me that at best my program would finish in about 40 hours. Now, a cost of about $38 isn't bad, especially considering the previous estimate of $224 for using an API, but 40 hours was too long to be able to try things quickly and fix any problems that arise.

That's when I remembered Andrew Gallant's post, Index 1,600,000,000 Keys with Automata and Rust. In it, he used a simple bash script utilizing curl, zcat, xargs, and grep to process Common Crawl data. I decided to try that approach for my project. Some 19 lines of Bash scripting later (which is mostly ceremony, it could be shorter if I didn't care about readability) I had a system in place that could scan CommonCrawl WET files streaming out of curl and zcat for 66 regular expressions, with exponential backoff retries to boot! On the same instance where my inefficient Rust program would have taken at least 40 hours to complete, my Bash script did the job in less than five hours. My initial estimated cost of $224 was actualized to $5, and I got a 1.3 GiB list of Bible verse references from the January 2020 Common Crawl.

Here's a screenshot of gtop running during the crawl:

And here's a screenshot from the DigitalOcean dashboard for the entire duration of the crawl: 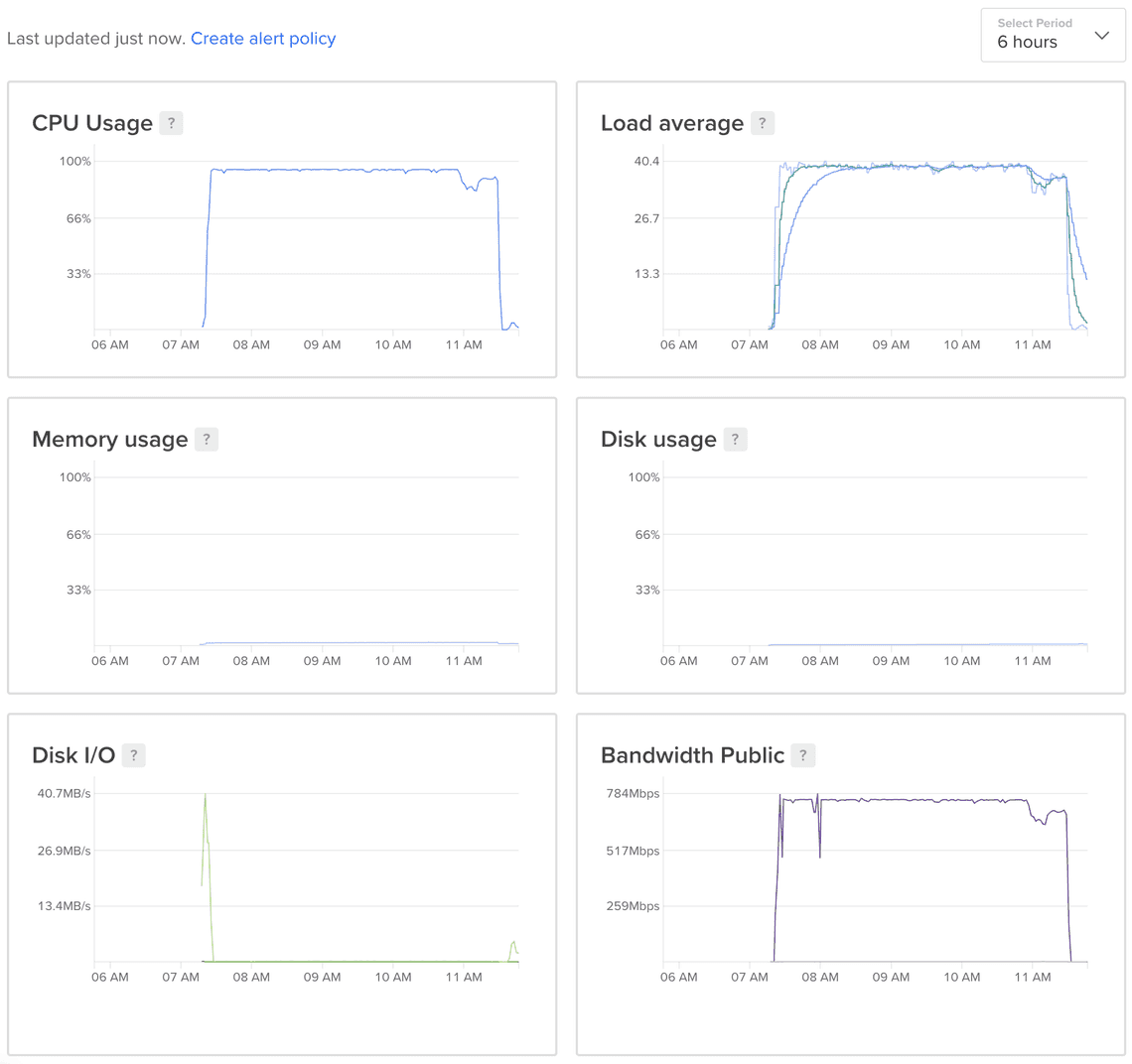 The data I collected included a lot of invalid scripture references, like Acts 00:00 and First Second Corinthians 55:16. The total list of Bible verses actually came to be greater than 80,000, which meant that I had on the order of 50,000 invalid scriptures referenced. This turned out not to be an issue for me for two reasons:

Due to textual variants, some translations have verses that other translations do not. For the translations that I support I simply iterated over all of their verses and indexed into the map of scripture references, invalid and all.

Ultimately I landed on the following algorithm for ranking verses:

Essentially this will end up with the verses with the most matching words ranked first, with ties broken by sorting by individual verse popularity (currently a raw count of how many times that verse was referenced in the Common Crawl data). 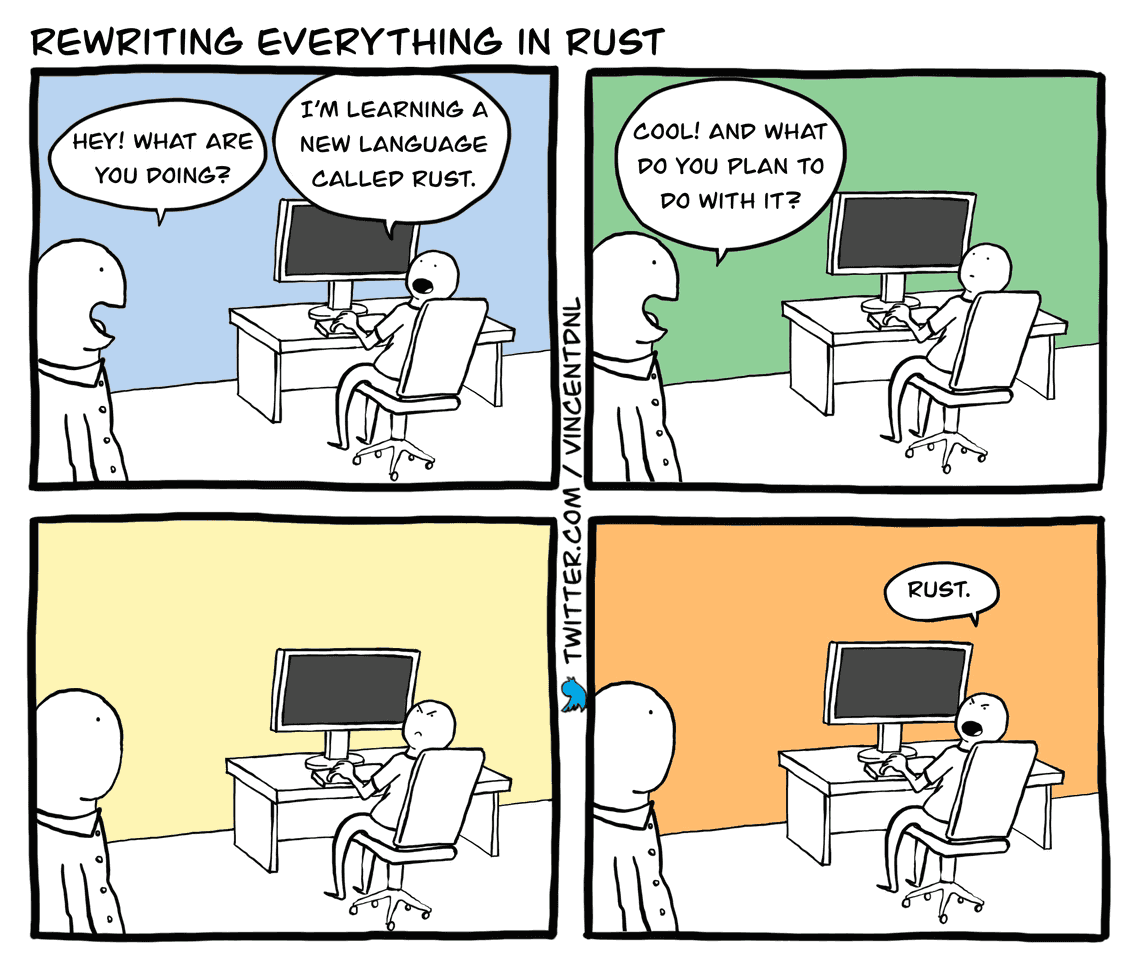 I could not have done this project without the following individuals:

This is the first time I've designed and implemented anything like a search engine, and the first time I've used Rust, Swift, and Kotlin to this extent. I'd really love to hear any feedback from anyone experienced in any of these technologies. Feel free to comment here, open an issue or pull request on the Github repository, or email me at [email protected]!

A Final Thank You

If you made it this far, thank you for reading! This blog post only barely scratches the surface of everything I learned over the past year. Please go check out the source code and don't hesitate to ask any questions!

Creating and Scaling a Docker Swarm Cluster with Terraform